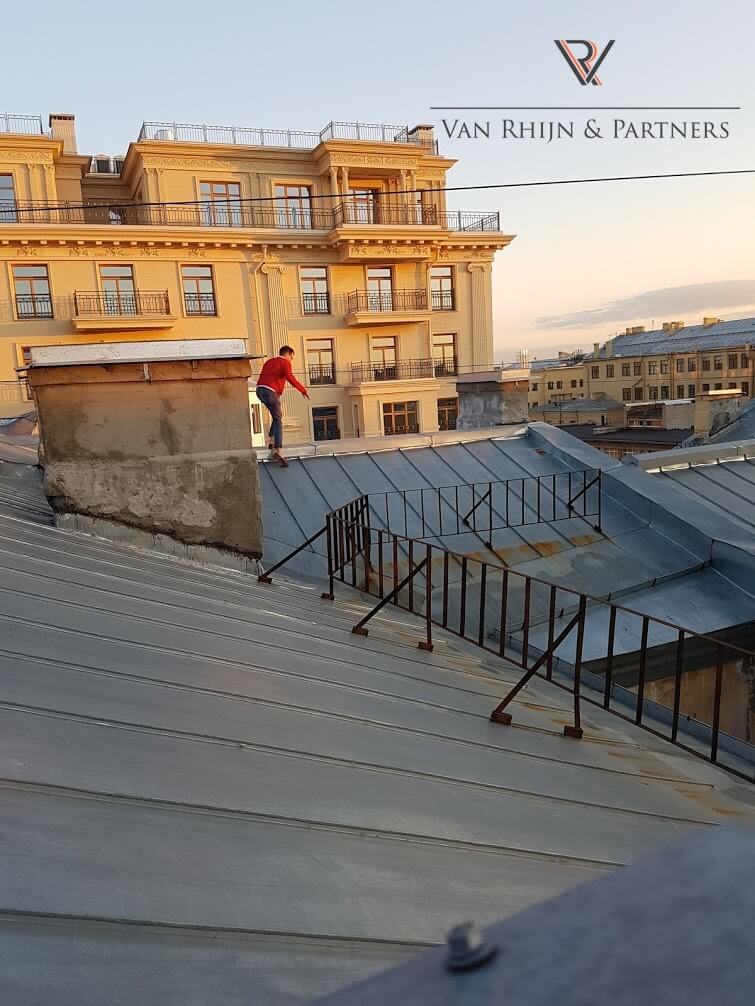 On 1 January 2019 new rules regarding taxes that must be paid when selling Russian property went into effect. That’s the reason I decided to update this blog post. This article is a sequel to my blog posts about the second-hand real estate market and the one about acquiring Russian under construction properties.

What is the main change that came into force on 1 January 2019 regarding the sale of Russian real estate? The main change is that fiscal non-residents  will no longer have to pay 30% Personal Income Tax (PIT) on the total amount for which they have sold their property if they have owned it for a minimum period. Usually this minimum period is 5 years.

Who is a fiscal resident of the Russian Federation?

Unless otherwise provided for by this Article, fiscal residents shall be individuals actually staying in the Russian Federation for at least 183 calendar days within a period of 12 consecutive months. If someone has to leave Russian territory to undergo medical treatment, for studying, as well as for the performance of labor or other duties related to the performance of labour at offshore oil and gas fields his factual absence will not be taken into account when determining his fiscal residency.

According to article 207 par. 2 of the Russian Tax Code, a fiscal resident of Russia is ‘a natural person, who within the last 12 months has spent 183 days or more in Russia”. The citizenship of a person is of no importance here. What matters is actual presence. It is however, possible that in bilateral treaties different rules have been adopted (Article 7, paragraph 1).

The 12 month period referred to in this article does not have to coincide with the start of the calendar year; it can start to run at any time in principle. But for real estate deals, you have to be a fiscal resident within the period of one calendar year, in order to be able to use the above mentioned lower rate and possible benefits.

Besides the 183 days requirement, one’s stay in Russia also has to be lawful. One can not make use of the benefits of becoming a fiscal resident of the Russian Federation by overstaying one’s visa.

Does one have to stay in Russia 183  days uninterruptedly in order to be a fiscal resident?
No, in order determine whether someone is a fiscal resident of Russia or not one simply has to add up all the days the person was in Russia within a 1-year period..

How much Personal Income Tax do residents and non-residents have to pay when selling real estate after 1 January 2019?

What are the minimum periods of ownership, after which one doesn’t have to pay Personal Income Tax upon selling?

The period of ownership is different depending on when and how one acquired ownership, as shown in the table below.

How to Calculate the Period of Ownership

back to top
This period of ownership should be calculated from the moment ownership was entered into the official register by Rosreestr, as apposed to the moment the contract to buy the apartment was concluded.  There are 2 executions to this rule:

How can You Prove That You’re A Fiscal Resident of Russia?

It’s possible to request the Russian tax inspection to issue a document in which it confirms (or denies) your status as a fiscal resident of Russia. Russian Tax Authorities used to often ignore such requests for a confirmation of the status of a taxpayer, but since 1 July 2017, they are obliged to answer.

There is an official form to file a request to confirm your fiscal status.

Where should you file the application?

The application should be filed with the Interregional Inspectorate of the Federal Tax Service of Russia for Centralized Data Processing, which is located in Moscow. Fortunately for for those who are not in Moscow, it’s also possible to let someone else file the application for you or you can file an application electronically.

Actually you can also file the document by post, but I wouldn’t recommend you do that. Post often gets lost in Russia.

After filing the request, the tax inspection must issue the document with your fiscal status within 40 working days.

Two Kinds of Tax Deductions Fiscal Residents can choose Between

Besides the fact that they are paying 13% instead of 30%, fiscal residents of Russia are entitled to apply either one of the following methods in order to reduce their tax base.

Fiscal Non-Residents Are not Eligible for Tax Reductions

back to top
If you are a fiscal non-resident of Russia, none of the above applies to you! You will have to pay 30% Personal Income Tax on the yield of the apartment, if you decide to sell before the minimum period of ownership has run out. If we take the same example of an apartment being sold for 3 million rubles, as a fiscal non-resident you will have to pay 900 thousand Rubles Personal Income Tax!

back to top
In most cases, it’s no longer necessary to come back to Russia in order to become a fiscal resident before you sell your apartment. Nowadays, in most cases, the best way to avoid huge taxes is to wait until you have had ownership of the apartment for the mentioned minimum period.

If, however you are in a hurry to sell an expensive apartment in Russia, it may be worthwhile to become a tax resident. It’s recommended that you obtain a certificate of fiscal residence before the sale, so you don’t run into unpleasant surprises with the Russian Tax Office.

Alternatively, based on art. 217, par. 18.1 part 2 of the Russian Tax Code gifts between close family members (spouses, kids (natural and adopted children)) are not taxed. So, if you have a close family member who is a fiscal resident of Russia you can give him your real estate tax-free. He can then either sell it right away and pay 13%.

Don’t  Try To Outsmart The System

back to top
As I mentioned in my article about the second hand real estate market, it used to be common practice to indicate a lower price in the sales contract, although this has always been illegal.

How Can We Help You

back to top
Van Rhijn & Partners can advise you about various issues regarding the sale of Russian real estate.

If you spend more than 183 days a year in Russia and want to sell your apartment before the minimum period of ownership has ended we can assist you with obtaining a certificate of fiscal residence from the Federal Tax Service of Russia for Centralized Data Processing.

If you decide to sell your apartment before the minimum period of ownership has run out, you must file your tax declaration. Even in case, you don’t owe any taxes, you are obliged to do this. Van Rhijn & Partners can file the tax declaration for you and provide instructions on how to transfer the payment to the Russian Tax Office. The Latter is not always straightforward, especially if a payment is made from abroad.

So,if you need assistance with any of the above or have further questions,please  contact us.

Ivo van Rhijn is a lawyer and a slavist. He specializes in consulting foreign individuals and companies in matters related to Russian law, in a broad sense.

Russian Under Construction Properties, The Rules From July 1, 2019