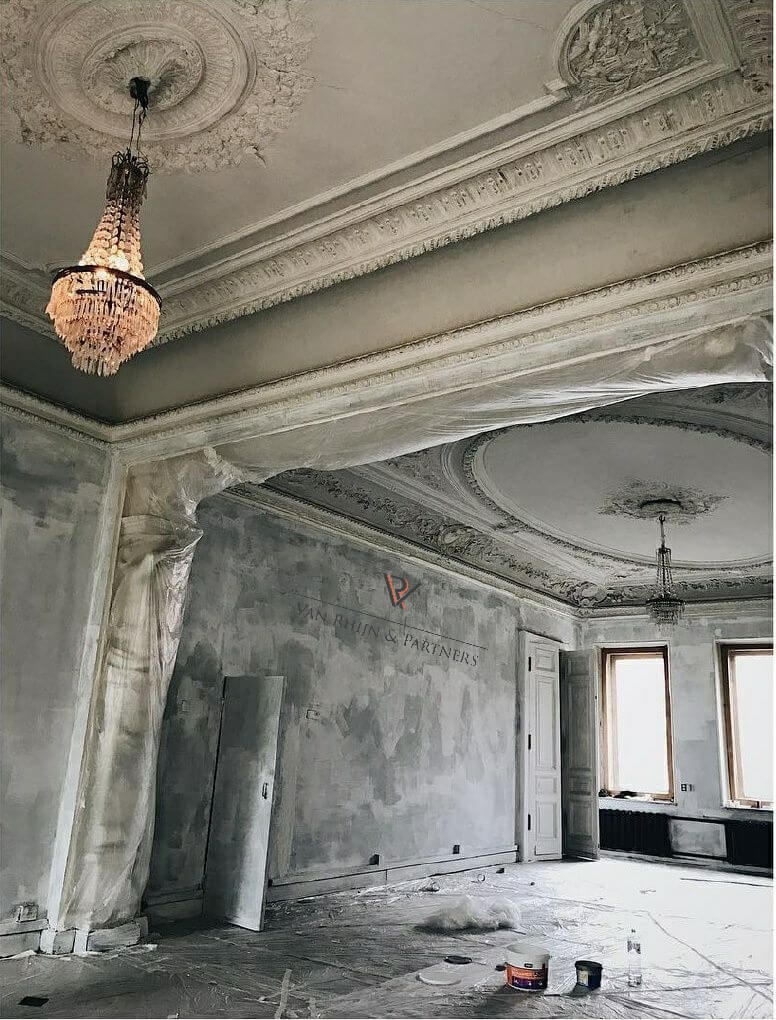 With the weak ruble, many foreigners are looking with increased interest at the Russian real estate market. Indeed, there are pearls to be found.

However, there are considerable risks attached to buying real estate in Russia. There are different risks for ‘second-hand real properties and for new properties.

In this post, I name the most important risk factors for second-hand properties.

Even though there are many risks attached to second-hand properties, a good legal counsellor can help you mitigate these risks. Van Rhijn & Partners can run a thorough background check on the property you are interested in. With the help of this article, you can also check some things yourself, thereby minimizing your legal fees. Mind you, this is not and should not be used as a complete tutorial on how to buy second real estate. There’s obviously more to it than I describe below.

A buyer can lose ownership of his new apartment if it turns out that the former owner of the apartment acquired ownership by a deal, which is later nullified, as this also entails the nullification of later transfers of ownership.

So a buyer should not limit himself to verifying the lawfulness of the ownership of the seller.  He should also verify former transactions with the real estate object.

During the Soviet times, the state did not give full property rights to real estate to its citizens. This changed during the years of perestroika, when the transfer of state property to the entitled private parties was initialized. This process is in Russia known as “privatization”.

Among other things, if a person, who would have had a right to participate in the privatization, was incarcerated at the time this took place, special attention should be paid to this circumstance. The general rule used to be that people who were registered in an apartment lost the right to its use within 6 months, but on 23 June 1995, the Russian constitutional court ruled that this was unconstitutional. Because of this ruling, people who were incarcerated within 6 months before this ruling, didn’t lose their right to usage of the apartment and consequently their right to participate in the privatization, whereas people who were incarcerated before that date did. Therefore, if for example, the apartment you would like to buy was privatized in 1993, after a period of 6 months or longer after an incarcerated person, who used to be registered in it, was locked up, you do not run the risk that this person shows up, brings a claim and wins the case against you.

As stated above, if the (former) incarcerated person has retained his right to usage of the apartment, this not only means that he should be allowed to live there, but also that he could successfully challenge the legality of the privatization of the apartment. If he successfully does the latter, this entails voidness of all subsequent property transfers,

It does not require a further explanation that such a scenario would be disastrous to a buyer. This is just one of the many tricky circumstances, related to privatization, that should be paid attention to. That’s why it’s so important to not rush into things and pay attention to detail.

Seller with a (false) Power of Attorney (PoA)

It’s always preferable to buy a property directly from its owner.

The first, and most obvious problem, with a PoA, is that it can be recalled. Whether it has been recalled can and must be checked.

Since 1 January 2017 information about notarized PoA’s should be placed on the following website. This website is managed by the Russian chamber of the Notariat. To verify whether a PoA has been revoked you need to enter the following data on it: the date and registration number of the PoA, and the name, surname and patronymic of the notary, who notarized it.

With such a big required data input, chances that your entry doesn’t exactly match the data are relatively high. Indeed, the system does not seem to be running perfectly. Therefore, if one cannot find the data of a PoA on it, this does not necessarily mean it is fake. In such a case one could resort to more old-fashioned ways of verification like contacting the person who gave out the PoA or contacting the notary who notarized it. Neither of those is however obliged to give you an answer and, even if they will answer you, this does not give you the same guarantee that the website is supposed to give you.

Another thing you could do if you have doubts about the PoA is to check whether the notary, who notarized it was allowed to act as a notary at the time the PoA was given out. This can be done at this website, also managed by the Russian Chamber of the Notariat.

So it’s preferable not to deal with PoA’s at all and buy directly from the owner himself.

If you do decide to buy the real estate object from someone acting on the basis of a PoA, try at least to meet with the principal himself, preferably in the presence of a witness.

If one of the (former) owners of the apartment obtained ownership by inheritance, this is also a risk factor. Sometimes even the owner himself doesn’t know if all the possible heirs had a chance to be included in the inheritance. Think about extramarital children, for example.

Even before an apartment is privatized, in some cases courts will take a loyal stance towards the heirs and include the unprivatized apartment in the inheritance.

There is a legal term by which the heir should accept the inheritance, this is 6 months.

So this is a big risk factor. The risk does diminish with the passage of time, however.

Art. 302 of the Russian civil code helps the buyer of “good faith”: when he acquired a good for money and didn’t know or wasn’t supposed to know about the absent heir it cannot be taken from him. If, however, the apartment was bought by him at a price significantly lower than the market price he might not be qualified as a buyer of good faith and will not be protected by this article.

Seller asks to insert a lower price in the contract

Often sellers of real estate will ask to indicate a lower price in the contract, than is actually agreed upon between parties and that actually will be paid.
The main reason for this is that they want to lower their tax base for Personal Income Tax. If the seller owns the apartment for less than 3 years he should pay PIT, a percentage of the difference between the selling price and the price he bought it for.
Besides the fact, that it is illegal to do so, you are also exposing yourself to enormous risk when you do this.
First of all, you run a big risk of not being recognized as a buyer of good faith, which is bad if later on it turns out that something is wrong with the title of the apartment.
Second of all, if something turns out to be wrong with the apartment and you lose or never acquire ownership, a judge might very well limit your unjustified enrichment claim to the false amount indicated in the contract.
Third of all, when you decide to sell the apartment within a three year period or at a moment when you are not a fiscal resident of Russia you will need to pay tax on the profit, made on the sale. The tax office will assume that the price indicated in the contract is the correct one.

If very little time has passed between the time when the owner acquired the real estate object and when he decided to sell, this is also a risk factor. Especially if he decides to sell it below the market price. This could indicate that there is something wrong with one of the earlier transfers of ownership. Of course, there could also be legitimate reasons why someone would want to quickly sell his real estate. But; when an offer seems to good to be true, it often is.

If, within a short period of time, the apartment has been bought and sold more than once, it is preferable to forget about this object and look further, because if a legal dispute arises, a judge might not qualify the buyer as a buyer of good faith.

What else you can do yourself

Besides the things already mentioned above in this article. On this site one can verify the validity of a Russian passport or whether it is not reported as missing.  Keep in mind that internal Russian passports have to be changed twice: when people reach the age of 20 and when they reach the age of 45. A deal with an invalid passport will most likely not be registered.

When somebody shows you an ownership certificate of an apartment watch out that it does not say that it is a copy оr a repeat issue (in Russian: “дупликат” or “повторное”).

Obviously you also check that the name on the ownership certificate and the passport are the same.

On the Russian bailiff site, you can check whether enforcement proceedings against the owner are going on. Also other relevant information about the owner of an apartment might be found by verifying this resource, like for example the presence of minor children who are registered in the apartment.

On the website of Rosreestr, you can order a cadastre extract. This is a paid service, but, of course absolutely necessary if you are going to invest money in real estate. From the extract, you can find out whether there are no encumberments on the real estate object.

The Rosreestr website is not the most user-friendly one. That is why it might make sense to go to a third party instead who will obtain this information for you.

On this site, you can check whether the seller has not been declared bankrupt

Sanctions and real estate in Crimea

Russia sees Crimea as part of its territory, but a vast majority of countries don’t recognize it as such. EU sanctions prohibit citizens from EU member states, as well as legal persons established in the EU,. to acquire real estate in Crimea. This I discussed in my blog post about the sanctions against Russia and the Russian countermeasures.

US sanctions against Russia contain a similar prohibition to buy Crimean real estate.

I hope the information in this article will be useful for you. Do you have a question regarding this matter? Leave a comment below or contact us. We will be glad to help you.

Ivo van Rhijn is a lawyer and a slavist. He offers comprehensible legal about regarding Russia law to foreign companies and persons.

Apartments without a residential designation in Russia