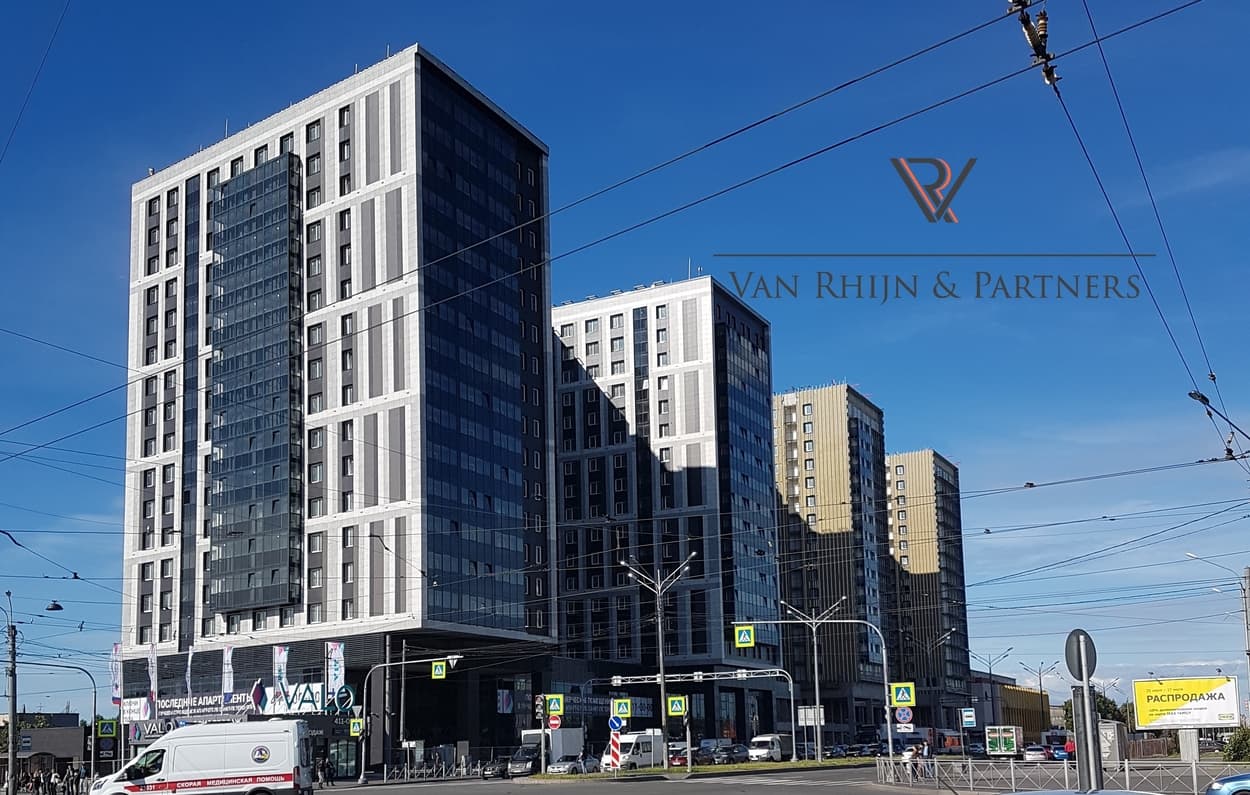 Acquisition of under-construction Russian real estate is not a new topic on this blog. See this blog post. However,  starting on 1 July 1 2019 new rules regarding shared construction agreements (договор долевого участия в строительстве) went into effect, changing the rules drastically. Probably the new rules will no doubt have a big impact on the prices of Russian under construction real estate.

A quick reminder: What is a Shared Construction Agreement?

Before July 1 2019, construction companies could already make use of escrow accounts on a voluntary basis. If they chose to do so, they would get some ‘bonuses’, in the form of not having to pay money to the compensation fund.

What are escrow accounts?

back to top
Escrow accounts are accounts in which money is held by a third party on behalf of parties to a transaction. The new system works like this: the buyer of an under construction apartment deposits the money in an escrow account at a designated bank. Only after the apartment has been build and the buyer has received his keys, does the construction company get access to the money.

How Secure are Escrow Accounts in Russia?

back to top
It’s of course great that your money is safe from construction companies with financial mismanagement. But, instead of to a construction company, now you need to trust a Russian bank with your money. Banks are certainly a more secure place to put your money at, among other reasons because they are subject to more intensive control than are constructions companies. Experience has taught us, however, that Russian banks fail more often than in more stable countries. Since 1 January 2018 almost a 100 Russian banks have lost their license or have closed their doors for various reasons. Source (Russian only).

Still putting your money in escrow in Russia is in my opinion fairly secure. First because only a select number of around 20 Russian banks is deemed stable enough to be involved in the new set up of shared construction agreements. The total number of Russian banks at the start of 2019 was 484. Second because the money put in escrow is subject to Russia’s deposit guarantee scheme. Admittedly, this deposit guarantee is limited, to 10 million rubles ($ 156,838 , according to the current exchange rate). In Moscow and Saint Petersburg you can admittedly find a lot of under construction real estate projects that are more expensive than this. In most Russian regions, however, this sum is likely to cover all but the very elite projects.

If you want to invest in a Russian under construction apartment, which is priced higher than 10 million rubles, you must realise that you’re at risk for the amount over 10 million. This risk is fairly limited though. The chance that one of the big banks allowed to take part in the escrow scheme will fail is negligible.

Once It’s In Escrow, It’s Out Of Your Reach

The fact that you can’t get your money out of escrow, unless the developer doesn’t comply with the agreement, doesn’t mean that this money is safe from your creditors, however. If a court has decided that you owe someone money, a Russian bailiff can easily take the money from the escrow account and transfer it to the creditor. In such a case it is deemed that the buyer hasn’t complied with the shared construction agreement and it will be terminated.

Where to Open Escrow Accounts

back to top
As I have indicated, only a limited number of banks are permitted to work with escrow accounts. Moreover, specific banks will be assigned to specific building projects. Although it’s possible that several banks will work with the same project, there won’t be much choice for the buyer.

The Downsides of Escrow

back to top
The main downside of having to put your money in escrow as a buyer of a Russian under construction apartment is that it costs money. Russian banks will probably charge to you to open an escrow account as well as to maintain it. The small number of Russian banks allowed to work with these escrow accounts might not be enough to create a competitive environment among banks with fair prices for opening and maintaining escrow accounts for the end user.

What Will the Bank Do with the Money You Put in Escrow?

back to top
Thus far it is unknown what the bank will do with the money you put in escrow. But, according to some specialists, Russian banks maintaining escrow accounts for shared construction agreement won’t be leaving this money untouched for all these years. Instead, they’ll probably put this money on bank deposits. It would be fair if you demand to get interest paid on the money you put in escrow. Apparently Sberbank already offers some interest on this money, but at a very low rate.

Why have the rules changed?

back to top
The new set of rules for under construction apartments is meant to be safer for the consumer and for the entire Russian financial system. During the last decade, shared construction agreements have proven to be a big risk for the Russian financial system. A lot of construction companies are not financially healthy and they function in fact like a financial pyramid, finishing old projects with the money that buyers of newer projects just paid. The Russian government wants to put an end to this. But things might get worse before they get better.

Not being able to use the money attracted for new projects to finish off old projects is likely to push some construction companies over the edge of bankruptcy. And these bankruptcies may very well take down some banks as well.

The expectation, though, is that ultimately the new rules will make the sector healthier. Some banks and construction companies will suffer, but the risk for the consumer is manageable. Under the new rules the banks, rather than the consumers will have to calculate all the risks of investing money in one project or another. While banks may be more qualified than a consumer to study a building project in detail, this is not their core business.

Which Real Estate Developers are Allowed to Attract Money On the Basis of Shared Construction Agreements?

back to top
According to the new rules, a real estate developer must meet the following requirements before it is allowed to attract money on the basis of Shared Construction Agreements.

Compliance with the new rules

Besides that, a lot of developers are currently selling their under construction real estate according to the following scheme: first they assign the right under the shared construction agreement to another entity, within their own group of companies. This entity that has been assigned the right is then formally free to assign the rights to a third party without having to comply with the demand of escrow. This might have been a good opportunity for developers before July 1, 2019, but now they will have to comply with the rules regarding escrow even if they sell to their own entity. So this, you might say is but a temporary circumvention of the rules and that’s maybe the reason why Russian authorities haven’t yet acted against it, as far as I’m aware, even though the practice clearly contradicts the aim of the law.

What if You Want to Invest in Russian Under Construction Real Estate as an Entrepreneur?

back to top
The rules of the law on shared construction agreement apply to natural person investing money to ultimately acquire ownership of apartments that will have to be built. This set of rules doesn’t apply to investments made by sole entrepreneurs or by companies in Russian under-construction real estate. To this latter category the general rules of the Russian Civil Code apply. (Article 1 paragraph 3 of the Law on Shared Construction Agreements).

back to top
The new system with escrow accounts is certainly not perfect. It remains to be seen how the Russian authorities will react to construction companies that circumvent the rules. The aim of the new law was clear: all under construction apartments in Russia should be bought with the help of escrow accounts.

If escrow becomes the norm for all under construction apartments, this logically would have to drive up the prices. Construction companies will have to either borrow money (for which they will have to pay interest) or build with their own money (for which they otherwise could receive interest). Consumers however are hardly ready to accept another increase in price of under construction apartments, according to experts.

According to some the new rules are more favourable for the banks than for the end consumer, because the banks that are allowed to work with escrow can attract money basically for free and then give out a loan to a construction company against a market conform interest rate. Be that as it may, banks will run a risk when they give out loans. And of course they need to be compensated for running that risk.

How Can We Help You

back to top
There are several things Van Rhijn & Partners can do for you related to Russian under construction real estate. First of all, if you’re not fluent in Russian, we recommend obtaining a translation of the agreement, so that you know what you are signing. We are familiar with legal terms and we offer both fully human translations and machine translations corrected by a human. The latter are, of course, cheaper than the former.

We can also have a lawyer check the agreement for you, making sure that the construction company is not trying to avoid any of its legal obligations and doesn’t try to make you sign an agreement that is particularly unfavorable to the buyer.

In case you already invested money in Russian under construction real estate and unexpectedly get involved in a conflict with the construction company, we can represent your interest both outside of court, as well as in court.

After the court has decided in your favor, getting paid, unfortunately, doesn’t happen automatically. We can make sure the executive procedure is steered in the right direction, so that the chances of you actually getting your money are optimized.