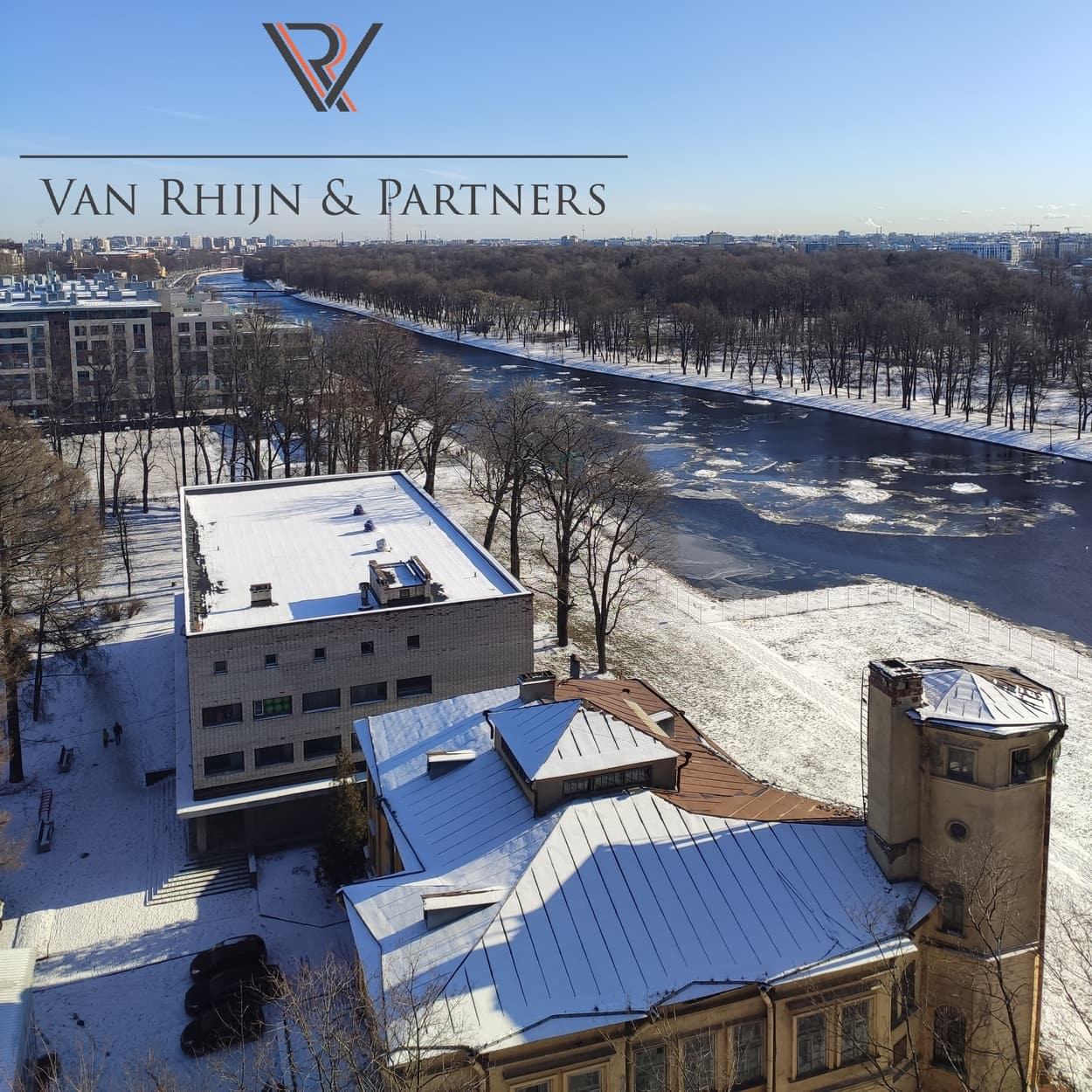 Marriages between a Russian and a foreign citizen are a very common phenomenon. It is, however, not always clear:

In this blog post I give an overview from the Russian context.

back to top
It’s not always easy to determine which law is the applicable in a marriage between nationals of 2 different countries.

One should look at the rules of International Private Law in order to determine what rules apply to a marriage between two persons of different nationalities is. That sounds like a clearly defined international legal order, but it is not. Each country has its own rules of private international law. It is true that in certain cases treaties on applicable law have been concluded between the countries of nationality of the married couple, but even that does not guarantee a simple solution, because not in all countries treaty law is of higher order than national law.

back to top
A standard rule, which is found in many international treaties as well as in national law, is that the law of the country where the marriage was concluded applies. However, this standard rule may conflict with an agreement made by married couples about the applicable law in a marriage contract.

Internationally, for example within the EU (see Regulation on on jurisdiction, applicable law, recognition and enforcement of decisions and cooperation in matters relating to maintenance obligations), there is a tendency to give increasing priority to the choice of law of married couples.

When spouses reside in Russia, in most cases Russian law applies. It is therefore important to know what Russian rules are. Also in case you would like to deviate from the standard rules by means of a marriage contract, you should first know the standard rules.

Article 33 of the Russian Family Law provides that the legal regime of property of spouses in Russia is that of joint ownership, unless a marriage contract provides otherwise.

Pursuant to Article 156(1) of the Russian Family Law, a marriage is registered in Russia in the form and manner described in Russian law. This means that a marriage performed in Russia, in which one of the parties is a Russian citizen, has to be registered at the civil registry in Russia.

The second paragraph of the same article states that the conditions under which a person may marry are determined by the laws of the country of which he or she is a national. This concerns conditions to be allowed to marry at all, such as the age of marriage.

back to top
Items for personal use, such as footwear and clothing, are never joint ownership of the spouses (paragraph 2). Everyone will understand the logic behind this.

The same paragraph states, however, that jewellery and luxury items are exempt from this rule (and may consequently be joint ownership, even if they were worn by only one of the spouses). However, the term luxury article is not defined by law. What is a luxury article is determined by the judge on a case-by-case basis, based on the family’s financial position. It is therefore possible that one and the same article is seen as a luxury article in one case and not in the other.

Joint ownership according to Russian Law

Article 34 of the Family Law lays down which assets, according to Russian standard rules, belong to the joint ownership of a married couple:

Is a Marriage Contract Signed in Russia Valid in Other Countries?

What Can Be Arranged in a Marriage Contract in Russia?

Article 42 of the Family Law provides that a marriage contract may derogate from the way assets are distributed among a married couple that would apply if the legal regime were applicable.

A marriage contract is ideally suited for this purpose. To clearly determine what belongs to whom. Especially in case you have property that you want to keep in the family, this can be arranged well in a marriage contract. Article 42 specifically mentions the following points:

The possibilities are however not limited to the points mentioned above. The last sentence of the paragraph states: “and any other provision concerning the property relationship of spouses”.

Provisions Subject to a Time Limit or Condition

Article 42(2) provides that provisions in a marriage contract may be subject to a time limit or condition. An example of this is a provision stipulating that, if a child is born during the marriage, one of the spouses is to bear all household costs for five years and that, at the end of this period, these costs are to be shared equally between the partners.

Both Current and Future Assets

A marriage contract can rule about ownership of current assets of the spouses, as well as about assets that they may acquire in the future.

Article 161(2) of the Russian Family Law provides that, if spouses are not both of the same nationality or have the same domicile, they may decide in the marriage contract which law will be applicable to it.

A marriage contract may also regulate the law applicable to a divorce.

What Cannot be Arranged in a Marriage Contract in Russia?

Signing at a Notary

When Can a Marriage Contract Be Signed?

Article 41 paragraph 1 of the Family Law provides that a marriage contract can be signed both before and during the marriage.

However, a marriage contract that is signed before the marriage is registered only becomes effective upon registration of the marriage.

If the parties finally renounce their marriage plans, the agreement they signed is null and void. However, this raises the question of what happens if the parties have signed a marriage contract, renounce their marriage plans, but then do decide to get married a long time later. The legislator is not clear about this case. He doesn’t say within what time after signing the marriage contract should the couple actually get married.

Article 40 of the Family Law stipulates that a marriage contract can be signed by people with concrete marriage plans (вступающие в брак is the legal term in Russian) or by married couples.

Not Suitable for a Registered Partnership

If for whatever reason you are unable or unwilling to marry your Russian partner, you cannot make use of a marriage contract to divide ownership of assets between you and your partner.

Signing by Power of Attorney

Can a Marriage Contract Be Amended or Dissolved in Russia?

A marriage contract can be amended or dissolved by the spouses together. Because the contract itself must be signed at a notary, the change or termination must also be done at a notary.

A Court Declaring a Marriage Contract Null and Void

Term for Claiming a Marriage Contract is Null and Void

But the question is from what moment this term starts to run. There is jurisprudence according to which this period only starts to run when the property is divided according to the terms of the marriage contract. In theory, this could be even 20 years after the signing of the contract.

A strange judgment is number N 5-КГ14-144 of the Verchovny Sud. The former spouses were married from 1988 to 2008. In 2001 they had signed a marriage contract, at a notary’s office, as required since 1996. This contract contained a provision according to which all joint ownership acquired during the marriage would be transferred to the wife, if the marriage was dissolved on the initiative of the husband or due to the husband’s unworthy conduct (drunkenness, infidelity and other improper conduct) of the husband. So the contract clearly contained provisions contrary to Article 42(3), but the court did not comment on this.

In spite of the fact that the marriage contract had been signed at a notary, the husband declared that he had never signed the marriage contract and had never been to the notary who had legalized his signature on it. Strangely enough, the court agrees with this reasoning, without going into the details, the court stipulates that the materials do not show that the husband was familiar with the marriage contract, and therefore the court comes to the awkward conclusion that the term only starts to run from the moment the wife brough it up in the divorce proceedings. This reduces the meaning of the notarial signing of this document to zero, at least in this case.

But anyway, partly based on this strange judgment, the general rule is that the limitation period for annulment of (parts of) marriage contracts in Russia starts to run at the moment they are invoked in a judicial process. In literature it is also claimed that this period starts to run from the moment the party knew or should have known that the marriage contract would put him in an extremely unfavourable position. But apparently you cannot speak of this from the moment the contract is signed with a notary.

Circumstances of the Case

Article 44 paragraph 2 is therefore a rather vague provision. After all, what does it mean that the marriage contract places a spouse in an extremely unfavorable situation? This is not regulated by law and is determined in each specific case by looking at the circumstances of the case.

What Can We Do For You?

The marriage contract does not have a good reputation in Russia. This is not entirely justified in my opinion. A legally sound marriage contract that both parties feel comfortable with creates clarity and security. There are, however, certain restrictions as to what can be arranged in a marriage contract. And, the ‘fairness’ of the way assets are distributed can at a later point be called into question. Precisely for these reasons it is recommended to have a qualified lawyer draw up the contract for you, so that you have the biggest possible change that whatever you lay down in the document will not be qualified as unfair by a Court. Van Rhijn & Partners can draw up a sound contract for you.

Of course, we can also help you with any other questions related to Russian Family Law.